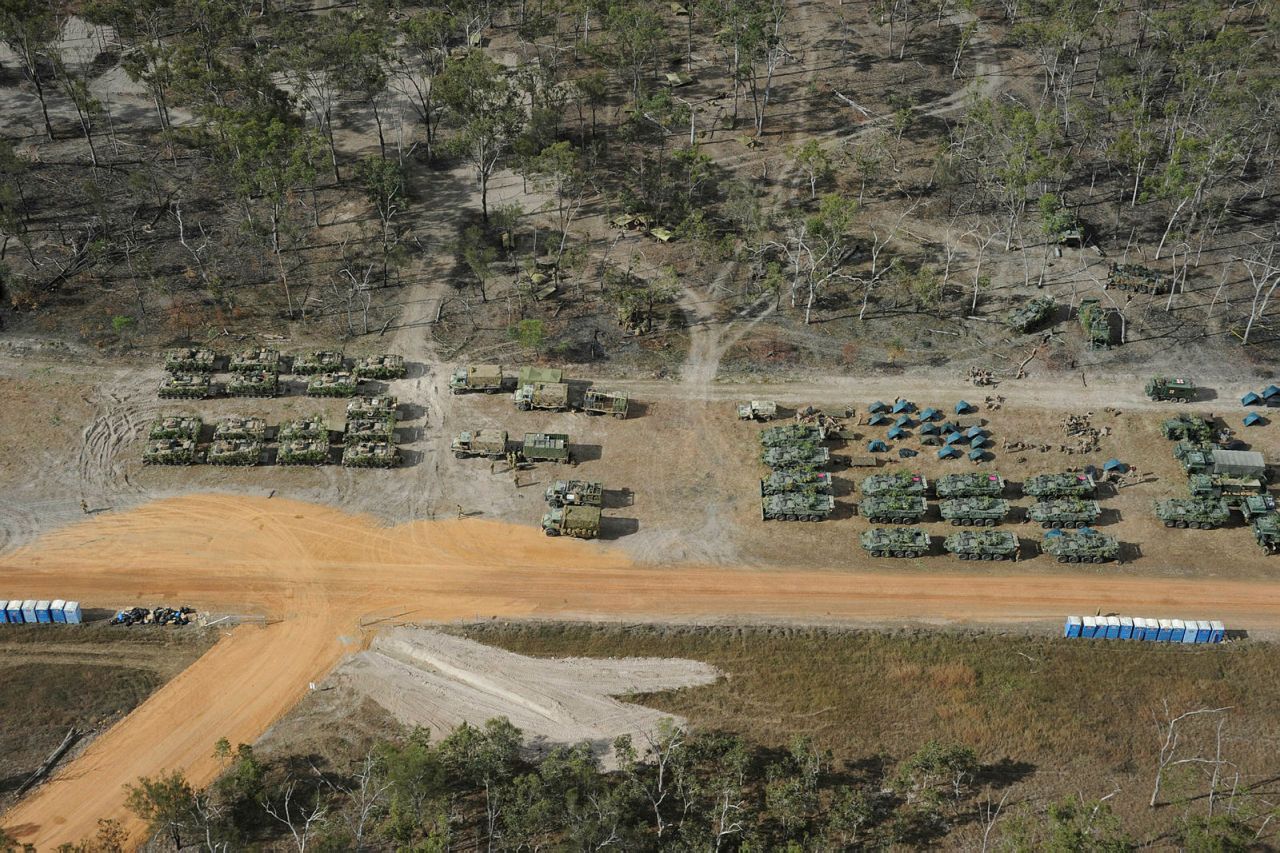 Although the line between industry and military has always been blurred, the basic theory and ideas of logistics came from military, and not commercial, grounds. Commerce and war has intermingled since the first club was picked up, and as we are reminded through many of the great modern works on strategy prepared by theorists such as Clausewitz, Mahan and Corbett. Certainly, as war became larger and requiring a greater proportion of national economies to sustain, the relationship between the two grew especially close. In 1917 Colonel George Thorpe explicitly addressed this topic in Pure Logistics:

‘we find modern war losing its mystery and chivalry, we find it ranging itself in close alliance with industry of the commercial kind, from which war is acquiring “business methods”.[2]

Fifty years after Thorpe’s work on logistic theory was published, this relationship between commerce and war was confirmed in global conflict. [3]  The experiences of the Allied powers, and in particular the United States, in projecting military power into the maritime environment and to continents far away ensured logistics captured the interest of many military commanders. Some, such as Rear Admiral Henry Eccles, would devote the latter years of their military careers to write about logistics and its role in war; he subsequently described logistics as ‘the bridge’ from the economy to the battlefield. This ‘bridge’, in part, comprised the supply chain, and with new technologies such as standardised containers enabling expeditionary logistics on a global scale and ideas including ‘total cost of ownership’ starting to emerge, interest in understanding the logistics exploded beyond its military use.

US military ammunition point, WW2 – from Ruppenthal, Logistics in support of the armies

Modern ideas of logistics began to filter into commerce, and were rapidly assimilated as the world recovered from the after-effects of global conflict. As the employment of military forces changed over time, and globalisation took root, the business sciences started to take the lead when it came to ‘intellectualising’ logistics. Initially military-oriented ‘think tanks’ seized the opportunity to command the intellectualisation of logistics through modern operational analysis.  Murray Geisler, describing the RAND Corporation’s logistic program which he headed in 1966, stated that business sciences had much to learn from military logistics and vice versa. General Carter Magruder, a senior US Army logistician of the time and subsequent RAND recruit, also commented on the importance of considering ‘new and successful commercial management practices’ as well as examining the importance of militaries revising, or abandoning, current practices.[4]

But it was the efforts of the management doyen Peter Drucker in the 1960’s that saw the study of logistics transition to a corporate matter. Drucker fundamentally redefined supply-chain management into a form usable in modern commerce, and in doing so, the business community subsumed military ‘ownership’ of the logistic problem. By the time General Gus Pagonis wrote Moving Mountains, his experiences as the senior theatre logistician of the 1991 Gulf War, military histories and biographies concerned with logistical efforts were actively promoting their worth to a business audience.[5] Militaries had begun to increase the emphasis on modern business principles and technical skills in their professional military education. Among logisticians business courses became increasingly popular. I should know – I was one of those who took such opportunities to obtain a business degree as part of my professional development.

However, with greater operational experience, there has come increased scepticism of the slavish adoption of business practices and ideas within the military environment. The closer one gets to the tactical level of war, the more palpable the scepticism becomes. In most cases, the doubt springs from the misapplication of the many ideas concerned with achieving greater supply-chain efficiency; these include  the now familiar ‘just-in-time logistics’, ‘lean logistics’, and ‘distribution-based logistics’. Such concepts have had a vital role in introducing supply chain improvements in militaries. However, it hasn’t helped the level of faith logisticians have in them when they are introduced or imposed at times when logistic organisations bear the brunt of organisational rationalisations or manpower cuts. But it is the operational examples that stick the most in the minds of most military logisticians, and their commanders.

Without wanting to infer too much by basing this discussion on few examples, history doesn’t treat an over-enthusiastic importation of business ideas into war well. While always well intended when implemented in peace-time, a business-like efficiency in military logistics has, in numerous examples, inflicted upon deployed forces a self-induced austerity. This austerity can have significant operational consequences. Major General Hartley, Australian Land Commander, on viewing the extremely austere situation on the ground during the Australian deployment to East Timor in 1999, Operation Warden, made particular effort in the last paragraph of his visit report to emphasise that logistic initiatives such as ‘just-in-time logistics are not working’.[6] Similar conclusions were made in studies of Operation Iraqi Freedom where the attempt to eliminate Desert Storm-esque ‘iron mountains’ led to numerous logistics issues. It is, however, important not to ‘throw the baby out with the bathwater’ when it comes to such ideas, and others, from the business domain. When implemented in the right way, and in the right environments, great achievements in lowering logistic costs can be achieved and resources better distributed across a deployed force.

To better employ ideas imported from outside military institutions, it is useful to logisticians that they first devote their time to understanding the military theories, and the insightful histories, which more directly apply to their profession. This enables them to better judge what can work, and more importantly, when it will work. In most cases, they will find that there is nothing intrinsically flawed with the ideas of business practice. In reviewing the military literature of logistics, logisticians will soon see that many key business practices now taken for granted were in fact first developed and practiced by military logisticians! However, very few of the key works in military logistics are commonly read nor referred to, let alone widely taught in military schoolhouses. It is therefore understandable why militaries have looked beyond the military environment with respect to validating their attempts to professionalise logisticians, or in search of new ideas.

In the past defence forces have relied upon training, typically conducted in the junior years of a soldiers and officers career, followed by an accumulation of experience through routine, exercises and operations, to prepare their logisticians. The fact that a many of these forces are now actively seeking ways in which to improve the ‘intellectualisation’ and ‘professionalisation’ of their logisticians is a highly positive next step for the future. But there are numerous obstacles that must be overcome.

In-house education opportunities for logisticians remain few in all but the best resourced militaries, and logistic leaders have yet to fully break from outdated paradigms of thinking about how to develop a professionalised logistician.  The practice of cycling military staff through business degrees, outplacements in the commercial sector, or engaging them with a professional certification within a civilian logistics professional body or authority must give way to better alternatives. As difficult and costly as it may be to implement, it is my suspicion that militaries will only ever be truly satisfied with the intellectual direction of military logisticians if they conduct all aspects of the training and education themselves.

It was from the military that logistics emerged, and it is time that military logisticians strive to regain an intellectual ‘ownership’ of the topic. The development of the theories and ideas of logistics should not be outsourced to other groups and institutions. Nor should ideas optimised for business circumstances be the keystones of all logistic thought. But logisticians can’t afford to assume they know all the answers either. The sheer complexity of the logistic process means we won’t find professional mastery in the isolated works and ideas of the military, industry, or in academia. Instead, it is the diversity of opinion that is important, as is the manner by which the military logistic community catalyses these various opinions and ideas into tangible, and effective, logistic concepts. It is not sufficient that we have logisticians with skills learned from commerce; we need logisticians that can translate business best-practice into military best-practice. This requires logisticians to be respectful of the tenets and theories which military logisticians, in times past, have taken the time to write. Such ideas enable effective and useful comparisons or inclusions to be made.

Professional logisticians have a responsibility to steward the ideas found in business theory into a ways that are operationally useful, to actively promote discussion and critique, mentor others to do the same, and develop the new ideas of logistics that will find their way into doctrine and concepts. A failure to do this now will undo efforts currently being undertaken in different militaries to ‘professionalise’ logisticians, will likely promote an unhealthy culture of imitation of concepts designed to work in non-military environments, and will ultimately lead to intellectual irrelevance.  Truly professional logisticians shouldn’t let this happen, and most will certainly try their hardest to avoid it. But they shouldn’t feel that there are no guides to help them in this task. Most of the key works of logistic literature contain chapters or sections specifically addressing the issue of professionalisation; a problem that appears to be virtually timeless and unsolved. Given most things in military logistics are not new, perhaps it is a good time to revisit these works and apply the lessons within.

David Beaumont is a serving Australian Army officer, logistician and editor of Logistics In War. Like many other military logisticians, he earned a business degree early in his career.  He can be followed on Twitter @davidblogistics.

[6] Hartley, J., LCAUST Post-visit report: Operation Warden, November 1999 (currently in the process of being registered into the Australian War Memorial)