‘Logistics readiness’ is at the heart of military preparations for the unforeseen, especially for those militaries who consider themselves to be ‘expeditionary’ in nature. The six characteristics of logistics readiness – mutual understanding between commanders and their logisticians, the balance between logistics and combat resources and elements, logistics plans and policies, logistics organisation, materiel readiness, and the requirement to test the logistics organisation – determine what is practically possible at the outset of war. Behind every major warfighting exercise, such as the recent Exercise Talisman Sabre or the successive multinational exercises underway in Europe, logistics readiness is tested. It is tested even if in exercise planning uncomfortable truths relating to logistics capability are avoided to ensure the activity can proceed. Other exercises are more explicit in assessing readiness such as the ADF’s Exercise Northern Shield which requires a short notice response for a sizable military force into Australia’s inhospitable north west, or the US Army Africa sustainment exercise, Exercise Judicious Activation, which assesses expeditionary sustainment operations conducted in Africa.

In supporting continuous operations for nearly two decades many Western militaries have adopted a preparedness model which emphasises force availability. This approach advocates an adaptable, modular, force structure which offers strategic planners options for whatever operational commitments eventuate. It is usually executed within a ‘force generation’ model whereby different units rotate into different stages of readiness, thereby allowing for lead-up training and the allocation of resources to enable them to prepare. For example, the Australian Army’s Plan Beersheba, culminating with the standardisation of the force structure of its three regular brigades and the inception of the ‘Force Generation Cycle’, offers the contemporary joint force commander a broad spectrum of combat and support capabilities that can be task organised as required. It is an exceptionally useful approach for long periods of sustained levels of operational activity where the mission requirements are relatively well known and an effective organisational routine can be established. Furthermore, because of its routine nature the costs of maintaining preparedness can be more easily determined than other models.

The logistical complexities of this approach to preparedness are well known to the militaries. To employ a modular force structure properly, you must have a good sense of the ‘slice’ of logistics capability that is required per combat unit across all levels of the organisation and resource, organise and train this ‘slice’ accordingly. Determining what constitutes a ‘slice’ is not easy given the basic assumption of this preparedness model is that forces are inherently modular, structures changeable, and capabilities scalable in terms of their size and capability. Yet if this ‘slice’ is not prepared and resourced adequately, force structures will be imbalanced, ad-hoc logistics arrangements will likely be required for operations, and the materiel readiness of logistics force elements will be compromised. It is unfortunately ironic that a preparedness model based upon force availability is usually enacted because logistics resources are limited (and not just logistics capabilities) and require prioritisation. In this case, and as currently practiced in most Western militaries who are aware of the insufficiency in their enabling capabilities, the proportionally smaller number of enabling logistics resources and capabilities will be kept at a state of higher readiness for longer periods of time.

A second issue for logisticians relates to the administrative burden incurred in the constant variations of preparedness across the force.  The rotations of the usually limited fleets of vehicles and equipment, prioritisation of supply, and the changes in terms of the effort required to sustain and maintain combat forces in garrison as the preparedness cycle changes demands a high standard of logistical scrutiny. The greater the scrutiny required, the greater the managerial overhead that is needed. This scrutiny is not just a problem for the Services that may enact force availability preparedness systems, but other logistics agencies and units within the joint force that will be expected to contribute to the sustainment burden. Few Services would be able to provide anything other than a general overview of the many different Defence agencies and inputs, including support from industry with respect to maintenance of equipment or the supply of stores, that are ultimately involved in preparedness. 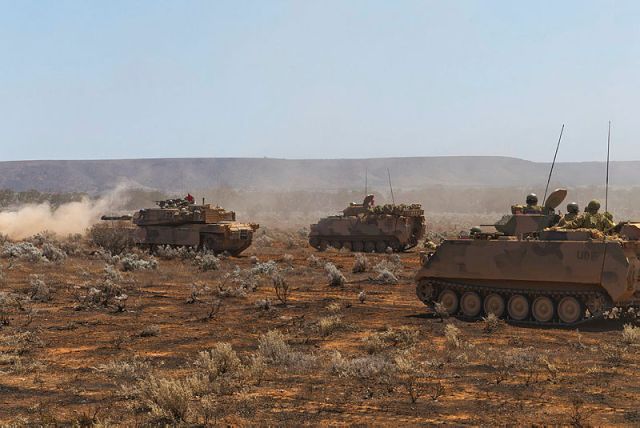 Alternatively, force employment might be used as a defining methodology for preparedness; either complementing or divorced from the force availability method. This approach applies a range of arbitrary decisions on a preparedness scenario, and is thus a gamble on the future. The choice of scenario can be defined by strategic events or problems, or to enable a specific operational response such as a strategic mobility goal or a notional operational ‘type’. The former approach is a staple in forward planning for militaries, being practiced every day through exercises and training, and considered in concept planning and experimentation. It enables detailed logistics planning to occur, supports the tailoring of forces including the requisite logistics capabilities. For the logistician, planning is simpler as many predictions relating to distance, demand, dependency, destination and duration can be assumed and with greater confidence. Furthermore, it allows for the development of logistics processes that are suited to the required rates of effort and throughput.

There are obvious risks in developing logistics systems to suit discrete activities and distinct operational scenarios. Although planners may have a good sense of what the future might entail, it is impossible to have a perfectly accurate vision of future warfare which enables an efficient and effective logistics system to be developed. The establishment of an efficient logistics system for one scenario may be viewed as a significant compromise when other problems are considered. The same applies for logistics readiness. Nor is practical to do what most would like to do; prepare for the most severe event (such as near peer conflict) and develop a robust and adaptable logistics system that meets the challenge. This is prohibitively expensive in a time of peace as it requires the development of huge ‘warstocks’ and reserves, large logistics units across the joint force and a ready industrial sector that can quickly respond to military needs. Compromises are commonplace with this form of planning and while we might find combat forces are being rehearsed and prepared for certain contingencies, logistics capabilities are left relatively undeveloped and at lower levels of preparedness.

There is another form of scenario-based planning that is highly useful for drawing out logistics readiness problems that may otherwise lie hidden; to incorporate strategic mobility goals within the preparedness model. Rather than only identifying what forces might be available in a certain space of time, this approach considers what time a force becomes fully combat effective in an operational area. This naturally requires planners to have a good sense of logistics readiness because such readiness directly translates into a reduction in the time taken for combat forces to be effective. An example of this approach, as discussed in ‘Adapting Atlas: the cost of combat power part two’, is the US Army’s Stryker capability, a capability originally based upon an objective to deploy a Stryker brigade combat team anywhere on the globe in under 96 hours. Mobility-based preparedness planning is useful for logisticians because it forces planners to consider the most logistically challenging phases of an operation – typically the mounting, deployment and early combat operations phases – as well as the movements and transportation of forces. Given transportation is often the most major limiting logistics factor on the conduct of operations, considering it as the means of achieving a mobility goal is highly important to producing realistic conclusions about force preparedness. Nonetheless, the usefulness of mobility objectives in planning suffers from the same problems afflicting any other form of scenario-based preparedness planning.

Militaries will define themselves on the basis by which they structure and prepare themselves, but they nearly always combine preparedness methods. For example, the Australian Army applies a ‘force generation cycle’ but also requires its ready elements to be prepared for a certain intensity of combat, and other elements on a force availability basis for domestic contingencies. It is unlikely that there will ever be a different situation.  Unfortunately for logisticians this approach to preparedness makes it difficult for militaries – especially at the strategic level of defence forces – to achieve a high standard of ‘logistics readiness’. Different approaches create complexity, and complexity challenges logistics systems that depend on certainty to be efficient and productive. It therefore becomes crucial for planners to understand what risks are being accepted in taking this approach, as it is equally important for them to focus upon those aspects of logistical readiness which will offer future commanders the most operational options.

What are the consequences if they do not? Firstly, the requirements of commanders across the military may vary thus confusing requirements and the mutual understanding between logisticians and commanders consequently. Secondly, it disrupts the logic which prescribes the right balance between logistics and combat resources and elements. Thirdly, it increases the quantity of policies and plans required to enable effective and efficient logistics processes, as well as making it impossible to establish the most efficient and optimised logistics organisation. Varying requirements make the allocation of resources to achieve materiel readiness difficult, especially in cases where numerous combat capabilities are afforded high priority. Finally, it makes it especially challenging to exercise and assess the logistics system when there is little certainty as to most important preparedness requirements. This issue exacerbates the issues generated by the avoidance of exercising logistics-intensive activities in many military exercises. In sum, logistics readiness is compromised, as is the preparedness of the entire force.

If militaries were exceptional at preparing themselves for war, we would not see the chaos and confusion that characterises the outset of conflict repeated throughout military history. Instead, a high standard of logistics readiness would ensure sustainment problems were addressed swiftly and effectively. Logistics friction would be non-existent. There would be no ‘logistics vacuum’ whereby the quality of sustainment degrades significantly immediately after war begins and until logistics forces can reconstitute. The fact is, however, militaries have been given a hard task in preparing for war. Every option taken in preparedness planning has connotations for logistics processes and readiness, and not all outcomes are positive. There is no obvious solution to logistics readiness until just before the first shots are fired, and much of the uncertainty is removed from the planning equation. By then, unfortunately, the die is cast and outcomes are set. At this point the question becomes ‘how resilient and effective are our combat forces actually going to be because of the logistics readiness that was achieved?’