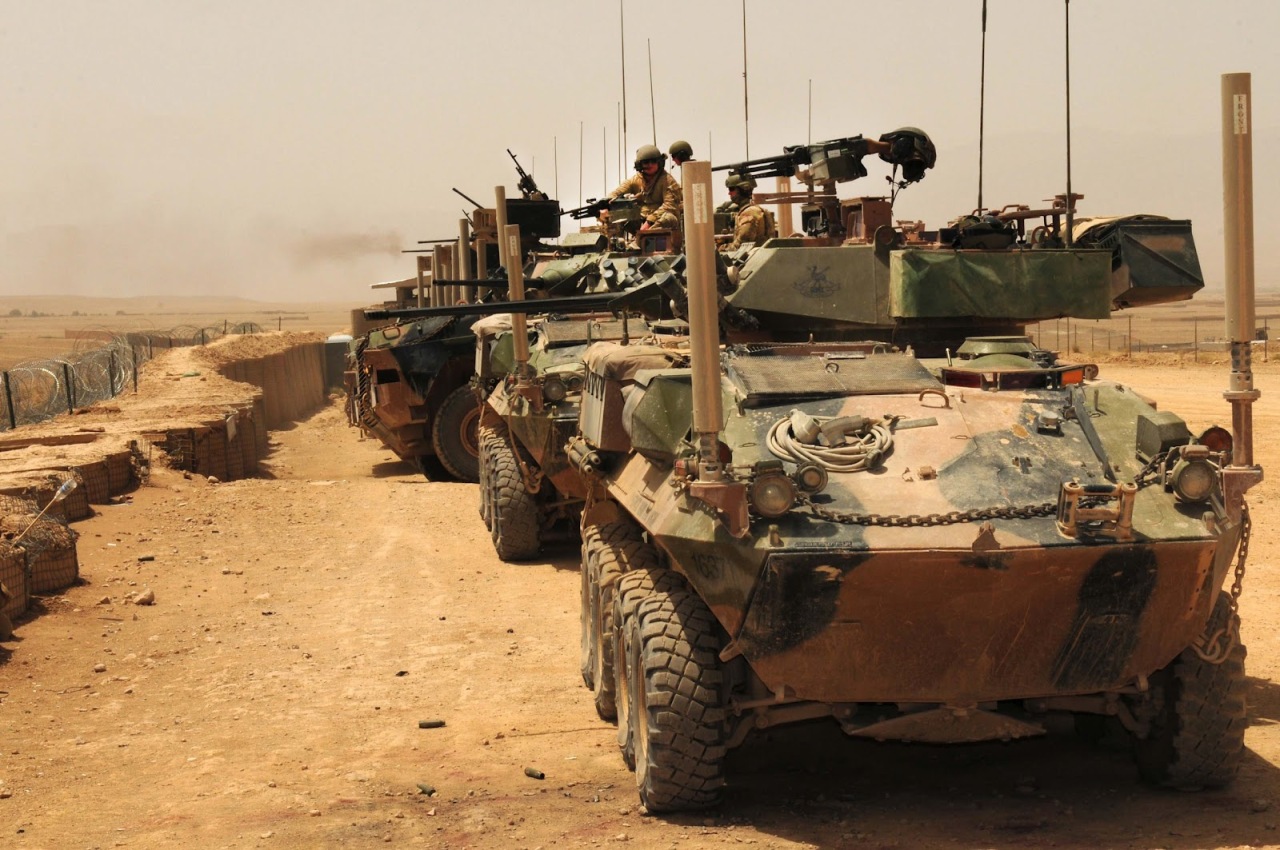 You may have seen exerts of this post in the comments to previous articles, or at James Davis’s personal blog ‘The Armchair Colonel’. This post, reflecting a succinct list of change activities required within the Australian Army, is an edited version of a response made to ‘Sustaining the multi-domain battle’.

Whilst not my intention, there is a risk that this post will creating an unsightly blog duel. This is contrary to its purpose which is to move the debate on logistics in future warfare from the conceptual to the actual. I think, maybe a little too boldly, that the Chief is in my corner in this endeavour. In 2015 he prefaced the Australian Army Modernisation plan with the words:

“Change is inevitable. It is tempting to believe that the future of warfare will be very different from its past. People are similarly predisposed to imagine future war through the prism of recent experience. So contemporary terrorism, insurgency and intra-state warfare, compounded by seemingly revolutionary technological transformation, appear to foreshadow some comprehensive change to warfare. Continuity is inevitable too. Since the end of the First World War, the causes of battlefield success have been remarkably stable. In our never-ending quest for improvement and advantage over our potential foes, we are prone to lose sight of continuities and exaggerate the effect of change. “

In Sustaining the multi-domain battle my friend and classmate Dave Beaumont has challenged readers to ride roughshod over standing assumptions about logistics and consider how they might operate in ‘multi-domain battle’. I don’t intend to dwell on multi-domain battle which is, in summary,  an operational concept to create  ‘a hyper-joint’ Army that will both operate in, and affect all other domains in conjunction with the other services. This translates to ground forces exploiting and enabling operations across air, sea, cyber, space, and the electro-magnetic spectrum.

However, as the Chief notes, it is important to think about the next big step and concurrently keep a lock on the continuities. In the future, our adversaries will continue to reduce our logistics capacity as cheaply as they can. This will mean improvised explosive devices, ambushes, small scale raids and beyond line of sight fires (I include drones dropping bombs etc in this category). Attack through the electro-magentic spectrum and cyberspace will be as certain as they are now. Army must respond to this reality in this decade and not wait for a step change.

The work of Admiral Jackie Fisher, Royal Navy, might serve as a useful analogy. Fisher is best known for the technological transformation of the Royal Navy between 1902 and 1915 and the development of the Dreadnought class of ships. This change could be considered his Multi-domain battle transformation. He is less well known for the tactical and cultural revolution he drove as Commander of the Mediterranean fleet from 1899 to 1902. Of this time, Lord Hankey (no the name isn’t made up), a Captain of the Royal Marines, commented:

“Before his (Fisher’s) arrival the topics and arguments of the officers messes were mainly confined to matters as the cleaning of paint and brasswork and the getting out of torpedo nets and anchors, and similar trivialities. After a year in Fisher’s regime these were forgotten and replaced by incessant controversies on tactics, strategy, gunnery, torpedo warfare etc. It was a veritable renaissance and affected every officer in the fleet.”

Even Fisher’s most ardent critic, C.B. Beresford, conceded a list of 20 actions Fisher had taken to improve the fleet. Most of these did not involve technology; they were based on work, realistic training and breaking traditions. What follows are a number of suggestions for Army to respond to the threats that we know will persist; a foundation for transformation…..should it come.

Dispense with the idea of teeth and tail.  Everyone fights, logistic soldiers don’t have to be as good at killing as combat soldiers but that must be as hard to kill. Armour and Infantry personnel and training institutions must support logistics senior non-commissioned officers in their training of logistics soldiers and officers to use armoured fighting vehicles (AFV) and weapons. Why can’t a vehicle mechanic, qualified as an Army instructor, and with an AFV crew commander qualification, teach other logistics soldiers to use an AFV?

Move from a “Safety First” to a “Safety Plus” Culture.  A simple example – in armoured units fuel only gets pumped in the middle of the night so a soldier must know how to use the fuel pump safely without light. Army school training should reflect this practice rather than legislation regarding the mandatory use of white light when pumping fuel. The enemy is considerably more dangerous than fuel spills. In a similar vein, the fear of heat illness has resulted in a loss of water discipline which in turn has increased demand. These are but two of many examples.

Improve the skills of vehicle commanders.  There are too many ‘lemmings’ on the battlefield that create targets by the way they drive, the spacing they adopt relative to other vehicles and what they do when they stop (sit inside with the air conditioning running). If everyone can’t drive at night the the whole force is compromised. The Armoured Corps must help others to improve.

Doctrinal Change. There must be an idea other than Brigade Maintenance Area. This will require better C2 and for combat units to have lower expectations of response time.

Be self reliant. Carry spare parts and maintenance personnel in fighting (‘F’) echelons. Up-skill AFV drivers to perform more maintenance and demand that combat systems degrade gracefully, ie. the turret electrics may not work but the gun can be laid and fired manually – train to do this.

Reduce Demand. Review block scales and entitlements. Do Australian Soldiers really need 600grams of fresh meat a day on operations? What is the minimum amount of rations required to sustain a force? See comments on water discipline.

Leaders across all of Army’s Brigades and Training Centres own this change but it might also need a Jackie Fisher – a violent reformer. As Sir Reginald Bacon commented “Fisher was a living winnowing machine. He welcomed suggestions from all who possessed ideas. These he assimilated, separated the wheat from the chaff.  All grist was welcome at his mill.”

‘The Armchair Colonel’, James Davis, is a serving Australian Army officer and former Commanding Officer of the 2nd Cavalry Regiment. He blogs at http://armchaircolonel.blogspot.com.au, where this post was originally published, and can be followed on Twitter @j_adavis