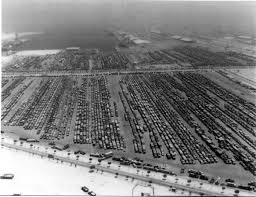 Logistics has long been recognised as vital to a force, but when inefficient a constraint on that force’s freedom to manoeuvre. However, the impact of logistics on strategy is just as significant and ultimately more profound. The modern fixation on high-velocity, nominally ‘efficient’, and usually ‘globalised’ supply chains have introduced significant operational challenges that many strategists fail to fully realise. Indeed, it was recently argued that the Australian Defence Force has yet to fully understand the consequences of an approach to logistics that now permeates its methods of sustaining capabilities and operations. This is for two reasons. One, it is hard to ascertain where single points of failure are in global supply chains for the purposes of creating and sustaining combat capabilities. Two, the nature of these supply chains makes securing them increasingly more important to operational success than the defence of lines of communication has ever been.

Logistic systems and supply chains, and the concepts that drive their formation, are as influential on strategy at least as much, if not more, than strategy should be in determining them. Writers in strategic theory have long known this, although few read works of military theory beyond the most appealing components. While military staff college students and university graduates world-wide know of Clausewitz’s ‘trinity’, or could debate ‘ad nauseum’ the meaning of ‘centre of gravity’, it is rare to see a reflection of his chapter on supplying war and its influence on strategy. Clausewitz, although not overwhelmingly interested in issues of ‘paper war’, knew the irrevocable relationship logistics had with strategy and tactics. In his later editions of On War, those that included his revelations on supply, Clausewitz regarded logistic matters to presage operational ones, if not strategy itself; “questions of supply can exert on the form and direction of operations, as well as the choice of a theatre of war and the line of communication.”[1]

Modern war shows no evidence to support any contradiction of Clausewitz’s view. Instead, the view now seems beyond theory and stands as an enduring law. Major conflicts and battles have been fought over lines of communication or to secure new routes since war began, and we now look at access to distant regions of the world for national vitality, supply chain security, or lines of communication for potential enemies on the move. Now militaries possess capabilities, such as the incoming F-35 Joint strike Fighter, which are built from numerous suppliers (90 major suppliers with respect to the case in point) supported by production from around the globe. Such complexity conspires with other supply chain risks to create strategic weaknesses that can compromise the materiel, force posture and preparedness decisions of militaries.

Geographer Deborah Cowen’s recent book The Deadly Life of Logistics cites the rise ‘logistics cities’ from the FOB’s transitioned from military establishment in places such as Iraq, and the importance of logistic infrastructure and production as a determinant of war as well as the sustainment of forces far away. Strategic interests converge on these vital points, and logistics has truly regained its hold on strategy. Europe is now a stage for forward force posturing and build-up; re-emerging as a method to reduce the logistic risk for forces that would otherwise have to launch from homelands to prospective conflict zones. Elsewhere the supply chains themselves are the cause for concern. We increasingly fear the loss of access to the global commons, and the threat of contests in places such as the South China Sea, North Africa and the Middle-east against potential foes with increasing capability and desire to interdict what fuels war, reducing both strategic and logistic maneuverability and options. Logistic vulnerabilities expressed in movements and supply have arguably heralded an end to the post-Cold War ‘expeditionary age’ where Western forces could easily, and relatively rapidly, range the globe to combat emergent threats.

In terms of operations, the vainglorious attempt to reduce the impact of logistics on strategy, operations and tactics seems to have created new, or morphed old, problems. This paradox was demonstrated throughout Western campaigning in Afghanistan, an operation where virtually every wont could be satisfied and austerity, at least it was believed, could be avoided. The unprecedented outsourcing of logistics functions was intended to enhance operational flexibility for offensive operations by allowing task relief for military logistic elements, achieve national development objectives so to promote local economic growth, but most importantly, reduce the scale of military logistic forces in theatre. Professor Derek Gregory claims this tremendous transfer of risk funded years of warlordism and corruption, where strategic convenience counter-productively drew away resources better employed directly in support of the deployed force. Furthermore, insurgent destruction of civilian contracted convoys and international disputes with Pakistan very quickly showed that even commercial supply chains needed to be protected and war didn’t agree with the planners view of logistics being out of sight, and out of mind.

As the nature of war changed, and the risk to transport convoys became increasingly concerning, new solutions were sought to sustain dispersed forces. Stockpiling was impossible, and remained undesirable. War is quite clearly ironic, as many of the alternatives on offer proved as ultimately inefficient as the ‘iron mountains’ they were designed to obviate. The nature of problems simply changed. From 2006 to 2011 the USAF record of airdrops in Afghanistan had increased from 3.5 million lbs to over 80 million lbs annually, with around 40% of FOBs supplied directly from air; air elements that were frightfully expensive to operate and sustain themselves. At the height of such operations, each gallon of fuel cost $400 USD to deliver. Furthermore, it could only be sustained because of the easily obtainable regional fuel resources. Gregory cites Captain Albaugh from the 774th Expeditionary Airlift Squadron who aptly described these air operations, “we’re going to burn a lot of gas to drop a lot of gas”.

What does this mean for the people expected to develop future sustainment plans? School of Advanced Military Studies student, Major Martha Granger, in her 2003 analysis of three Afghanistan campaigns (pdf), noted logistics is never easy and there must be balance between ‘iron mountains’ and the lean force. This is a message that is often muted behind the effusion about modern forms of military logistics, even within the US military that has more reason than any other to understand the impact of logistics on operations. In analysing the US Navy concept of ‘seabasing’ the Congressional Budget Office outlined ideas from fleets of a dozen vessels per brigade of marines to airships providing sustainment to deployed forces; each idea addressing the problem of forward positioning logistics yet introducing significant operational challenges the US military, with its arsenal of ship to shore connectors, has yet to completely respond to. One wonders whether the idea that large logistics footprints, seen to be a constraint to tactical and operational manoeuvre, can ever be obviated by technology or conceptual solutions.

Preceding The Deadly Life of Logistics, and in another paper, Deborah Cowen wrote that we are moving to an era where ‘logistic space’ has been recast from an environment of economic and commercial costs to one which has significant implications for security. In a more visceral sense, in viewing logistics as a system of ‘adding value’ through the reduction of stock holdings or volume – counterpoised against an increasing demand for velocity – nations and the militaries that protect them are becoming increasingly vulnerable to anything that interferes with or interdicts this flow. This is occurring at the same time militaries are becoming greater consumers, and harder to keep combat effective in the field. For armed forces, the vulnerabilities created in this situation apply to both decision making in strategy and in the conduct of actual operations. Plans can be tweaked to better control and adjust the way logistics responds to these conditions, but planners must also be aware of the outcomes of doing so. Perhaps out desire to unshackle our dispersed operations from ‘iron mountains’, or other constraints of logistics, only leaves military planners with new challenges, some even greater, than what they were initially hoping to overcome.

This post is an updated and substantially edited version to the authors article made on the Australian Army’s Land Power Forum. The original can be found at https://www.army.gov.au/our-future/blog/logistics/beyond-the-iron-mountain-the-paradox-of-efficient-logistics David Beaumont is a serving Australian Army officer, logistician and Managing Editor of ‘Logistics In War’. The thoughts here are his own. He can be followed on Twitter @davidblogistics.