There are three reasons that this problem should feature as one of the highest priorities for armies to discuss and consequently resolve. The first, repeated habitually in any contemporary discussion on logistics, is that there is no better a target than a concentrated logistic capability. Secondly, large logistics elements often reduce the overall operational and tactical maneuverability that is essential for operations in an ‘A2AD’ zone. And thirdly, the need to protect large logistic elements requires the deployment of resources that are better used elsewhere; resources that also, perhaps perversely, bring with them their own sustainment needs and therefore requirements for even more logistic forces.

The primary reason for growth in ‘logistic mass’ on the modern battlefield is one of tactical logistic demand. The first operational cause of growth in the ‘tail’ relates to the way of war in Western armies; maneuver warfare requiring tempo, shock, momentum and endurance. History repeatedly confirms that the projection of military force with tempo and endurance requires a large logistic tail; a small logistic tail means compromises in supply are required, and increases the chance of a force exhausting itself too early in battle. A second operational cause for growing logistic forces, whether they be military or civilian / contractor in nature, is that Western forces have been operating in environments of relative logistical abundance. In such an environment, lax standards of logistic discipline can emerge and every wont or desire easily facilitated, creating unrealistic expectations in subsequent campaigns. It is true that in the outset of operations, as we see with Operations Iraqi and Enduring Freedom, and Operation Warden, this may not be the case. However, once most operations approach their sustainment phase the ‘logistics mass’ also tends to grow.

An ‘iron mountain’ – photo by US Air Force

But there is another, more important, cause for the growth in logistics force upon the battlefield which concerns planners now as they prepare for multi-domain battle. Armies are simply becoming heavier. Adjustments made to their combat power over the last twenty years have incrementally, but significantly, resulted in consequential and proportional logistic costs. The modern iteration of immensely capable motorised, mechanised and airmobile combat and logistic forces has increased requirements for ammunition, spare parts, and fuel. For example, in the Second World War the US Army used 1 gallon of fuel per deployed soldier per day; in recent operations in Afghanistan and Iraq that number  has increased to 16 gallons per day. Improvements in protection increase platform combat weight, reducing the quantity of forces that can be deployed in any one instance by the various means of transport on offer to militaries. There are indeed other reasons for an enlarging logistic tail, including non-negotiable health care standards or the standard of personnel services a contemporary Western force enjoys, but these are of a lesser consequence than the effect of modern weapons of war.

The cost of increased combat power was only recently discussed by RAND Corporation analyst Michael Shurkin who assessed combat performance during Operation Serval, the French expedition into Mali. In this US Army ‘G-8’ supported assessment Shurkin raised the dichotomy of ‘protection versus mobility’. However, as I describe here, this was certainly not the first time the US Army sought to improve its operational mobility and escape the logistic ‘iron mountains’. The language and concepts described in the 1990s concerning the development of its Stryker Brigade Combat team capability would not be out of place within contemporary discussions on multi-domain battle. In the case of the Stryker, subsequent adjustments to its combat weight following operational experiences in the Middle-east have resulted in operational mobility concerns, and the idea that the Stryker would be portable in a C-130 has been since abandoned.  This example is directly pertinent to other militaries. For example, the Australian Army is engaged in a significant, and long-needed, enhancement of its armoured and transportation capabilities through Project’s Land 400 and Land 121. But, these projects have also been topics of discussion with respect to the logistic cost of combat power.

A Stryker with enhanced protection in Iraq, 2005 – Photo by US Army

The ‘tooth-to-tail’ ratio, or the ‘logistic footprint’, has never wholly been the operational logistician’s problem. The logistician’s problem has always been to think of the ways by which she or he can provide the commander with the greatest possible combat power or potential at the decisive point of a battle. If – after exploiting every measure of efficiency that can be responsibly squeezed out of a logistics system – the only effective solution to support the achievement of operational objectives is the establishment of a large logistics footprint, so be it. Combat forces must be prepared to defend this footprint as one of their most critical missions. It is worth remembering, however, the case of the ‘logistic snowball’; the tendency of logistics activities to outgrow out of proportion to tactical elements (p103). Although the logistic support required to support a modern tactical unit has been in an uptrend since motorisation, machine gun and modern artillery came to dominate the battlefield, failures in force-wide logistic discipline and in planning conspire to produce a wasteful deployment of logistics forces. In the context of multi-domain battle, this waste creates vulnerabilities – often physical ones –  for the land force.

In any case, militaries must evolve to become better protected, and to possess greater firepower. They require an incontestable advantage to do what they need to do; win the land battle. Adapting to this tactical need is certainly a requirement that logisticians must accept and plan for. However, the management of the cost of combat power, manifested in the present characteristics of military logistics, cannot be responsibly left for the logisticians as their issue alone. There are three far more influential groups with respect to influencing logistic requirements in war than the logistic planner; the capability developer who determines the demand on the logistic system; the concept writer who determines the doctrinal method of sustainment or support; and the operational commander who determines the acceptable level of austerity for the force, the desired tempo of battle, the priority of support, and the level of sustainment risk that can be tolerated. Each group has a responsibility to articulate the need for the right balance of logistics forces to  sustain the future capabilities of the land force. If they don’t, it will be unlikely that the land concepts implicit in multi-domain battle construct will truly deliver tactical success. 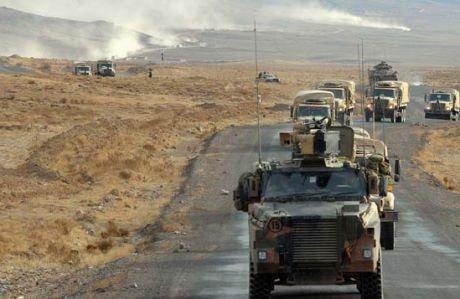 We are not amidst a capability crisis, but are left with yet another problem to be overcome in war and peace. I can confidently say that armies, broadly speaking, are well aware of the collective effort that is required to better control logistics requirements so that they suit the predicted character of wars. The promotion of concepts and technology as we now see with emerging force design plans, such as the promising United States Marine Corps ‘Hybrid Logistics’ model, are very positive indications that armies are moving forward in in ways that might minimise the cost of combat power. The proof of effectiveness for these plans will only be seen in their execution. In the meantime, we should not deny future land forces the weapons that we think will make them successful in battle; we must, however, also remember that logistic requirements rarely accede to the will of commanders, capability developers or concept writers. Instead, in operations, these three groups must ultimately respond to the needs of, if not conform entirely to, the will of logistics.

3 thoughts on “The cost of combat power – weapons, weight and sustainment in the multi-domain land battle”