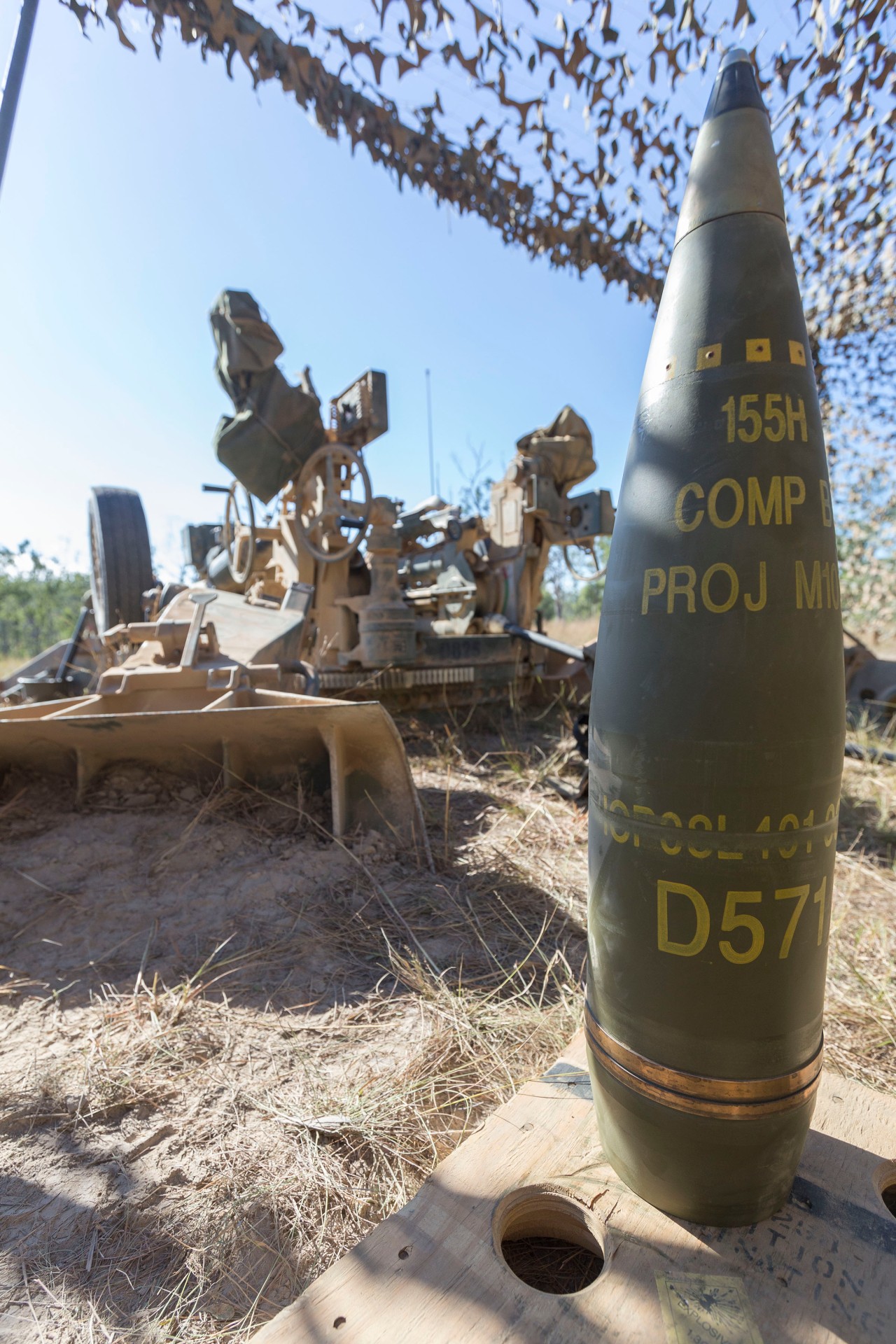 ‘I want you to imagine a rifle round being fired by an Australian soldier, on an operation, sometime in the indeterminate future. The effect of the round hitting its target is achieved through the efforts of literally hundreds of people in the Army and the joint ADF team. While the infantry soldier who fired the round is an important part of this picture, she is in many respects just the final actor in a well-designed system which has resulted in that bullet being there at that time and place. A system designed and run by Army’s logisticians.’

The now Chief of Defence Force, when addressing the Training Centre invested in the task of preparing the Australian Army’s logisticians, used characteristically simple term to describe something tremendously complex. In making it possible that this rifle round be delivered ‘each day, every day’, his example implicitly recognised the control required to make Army’s part of the Defence logistics system work. General Campbell may have used the opportunity of the address to emphasise the importance of a well-trained, technically-diverse and mutually-supporting joint workforce to the success of the logistics system. His reflection of Army’s logisticians in the design and process of this system was, perhaps, more poignant.

The Australian Army’s logisticians are currently engaged in a discussion on the future system that sustains the force in preparedness and on operations. Though these logisticians and leaders may discuss this system, it is done with full knowledge that there is no single owner of problem.  No matter which military we are talking about, and as the now Chief of Defence Force remarked, successful logistics comes with the efforts of many. All logisticians are stewards of components of the process; some leaders have greater responsibility, authority or virtue of appointment, or personal capacity and drive to shape events and activities to suit temporary objectives. The collective effort required means artefacts – including policies – to unify all to the intended goal are required.

What are the risks if these ‘artefacts’ don’t exist? As a complex system, the processes and acts of sustaining and maintaining a military force can often take a life of their own. As Clausewitz remarked in his chapter on the concept of ‘friction’, ‘activity in war is movement in a resistant medium.’[i] Activity in logistics is movement in mud. Logistics is a ‘place’ where human, resource, organisational and materiel factors conspire against performance; a morass of interactions and problems that most certainly makes the seemingly simple disproportionally difficult. It is important that military leaders – those who are technically-trained logisticians and those leaders and commanders who are not – consider, design and implement measures of control that ensure that the proverbial round of ammunition is delivered into the hand of a soldier as efficiently as possible. If you consider strategy to be the comprehensive direction of power to control circumstances to the point a force will win, it is therefore key that effective logistics requires a well-planned and considered organisational strategy.

Aside from doctrine and a multitude of sometimes contradictory organisational orders and directives, the Australian Army lacks a strategic logistics strategy. Some time ago I argued that the Australian Army needed a vision for its approach to logistics, that an unambiguous intent with respect to the future for Army logistics was lacking, and that Army’s logistics leaders needed to ‘shoulder the responsibility of developing a useful and acceptable narrative’. I now think that as a logistics community, we are doing much better several years after I made this statement, at the time of a significant conceptual discourse in which tactics, concepts and force structures were ‘up for grabs’ and disagreement was rife. However, though a vision may be useful to binding the thought of the collective, they can become little more than ‘intellectual fluff’ without the substance provided by a pragmatic strategy.

Whatever the form of the Army’s logistics system, it must aspire to surety. A logistics system designed by Army’s logisticians must have, at its core, the singular purpose of ensuring the preparedness, combat performance and survival of combat forces.  Efficiency must be an outcome of a well-designed strategy, and not just the planning outcome desired. Because resources are by their nature always limited, and resources devoted to logistics capability, supplies and capacities fewer still, there is always a tendency to value logistics productivity and efficiency above all else. Organisations within the Australian Defence Force have been structured, processes implemented and seemingly irrevocable, and the acquisition and sustainment of materiel defined by this philosophy. Decisions are made in peace that create unacceptable costs in war.

Secondly, any proposed strategy must implement a logistics system prepared for the profound materiel change underway in land forces. The full cost of modernisation and technology must be understood and prepared for.[ii] Most land forces have approached a point where the complexity and sophistication of equipment or personnel requirements has surpassed their capacity for organic support. In a trend that probably began with the mass use of artillery and armour in the twentieth century, continuing with modern communications and computing, the relevance of the ‘platform’ to land-based combat power has elevated. 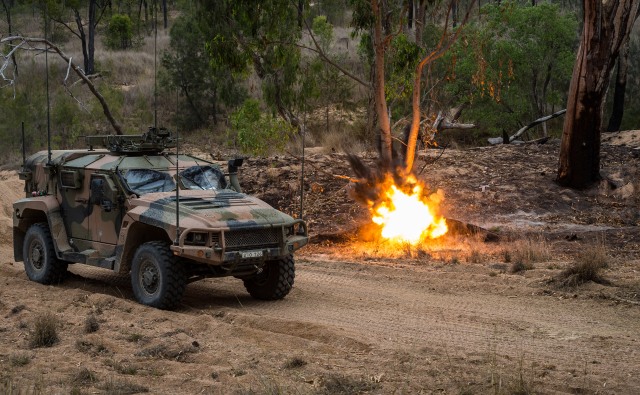 Where there was a medic, there will now also be a ‘maintainer’. In fact, there are already many more members of the Royal Australian Electrical and Mechanical Engineers than there are of any other logistics Corps in Army. However, the resources required to train this ‘maintainer’, or to develop robust organic maintenance capabilities in the Army, is becoming an increasingly significant challenge for land forces. This issue should scare those planning the introduction of remote or automated systems in Army, or any other equipment type that is likely to be introduced into Army in twenty to thirty years’ time.

Additionally, in times that are convenient to us, we outsource responsibilities that arguably should be organic. This caused no end of problems to the Australian Army in the 1990s and early 2000s which reawakened from a slumber into a period of intense operations, but there are recent examples from other armies. The US Army’s support structure for its Stryker fleet, a model based on extremely high levels of industry involvement to reduce an Army manpower overhead that was later rescinded somewhat, is a pertinent example to reflect upon. In any case, the Army now must share a wide range of support tasks with industry partners and must plan accordingly.

As industry capabilities are often finite, Army can’t afford inefficient sustainment policies and programs. This results in industry being provided with poorly specified requirements, or at worst, inconsistent requirements from different areas of the organisation. The Army must continue its collaborative work with key partners including Joint Logistics Command and the Capability and Acquisition Group to ensure that when industry is engaged, a clear message is given. This message must be shaped by the development of a concept for operational sustainment in accordance with preparedness objectives.

Nor can the Army absolve itself of risks to materiel by transferring maintenance challenges into industry if it is to be truly confident that when the time comes, the operational combat force will be sustained. If assured logistics support is desired, there is no better way than ensuring that the most important risks are owned internal to the Service, or by the right operational authority in the ADF, along with the means to act upon problems as they manifest. Identifying the right balance of organic and non-organic logistics capabilities in the ADF will be difficult, but is a critical priority.

Thirdly, as Army engages in a step-change in capability as major projects such as Land 400 deliver, any sustainment or support strategy must be developed in cognisance of significant supply chain risks.  To be frank, Western militaries are finding themselves in an uncomfortable place with respect to the globalisation of defence manufacturing. Potential adversaries are producers of critical machine parts, defence industries are being compromised by cyber threats, and in some areas a lack of production – such as precision ammunition and weapons – creates a highly competitive supply chain environment even amongst nations who share the foxhole in war. These factors will compromise the execution of national strategic policy, as well as military strategy.

It is not immediately clear how significant these risks are to the Australian Army; what is clear that any Army sustainment strategy must identify practical measures to mitigate these risks or advocate the development of enough slack in the supply-chain. ‘War-stock’ should not be considered a dirty phrase, and sustainment risks should be in the vernacular of discussions within the preparedness community. Of course, Army must work with others in the logistics enterprise as this is a shared burden. However, there is a language to preparedness that logisticians must be better at speaking. Until they do, any Army plan for sustainment will have to do the talking.

The Australian Army is looking to the future, with an intent to change in order to meet what its current Chief, Lieutenant General Rick Burr, considers an ‘era of increasing threats.’ Preparedness is one of four key command themes. Surety must be the logistics theme of this moment. His predecessor, General Campbell, spoke to Army trainers on the breadth of the effort required to complete a seemingly simple logistics staff. In the future, the delivery of ‘that’ round to ‘that’ soldier must continue to be done, just it must be done so as effectively and efficiently as possible. To achieve this, the development of a strategy to support and sustain the capabilities which increasingly underpin land combat power, remains as important as ever.

If – to paraphrase Major General Julian Thompson – logistics is the lifeblood of war, the logistics system is the veins of the body.[iii] The development of a comprehensive strategy which addresses the three issues I mention here would be a significant milestone, and ensure Army remains as healthy as it needs to be. Just as the round of ammunition required ‘literally hundreds’ of ADF logisticians to be delivered, such a strategy cannot be delivered alone or without considering the span of involvement. However, it is important that the Army and its logisticians take ownership of the problem and invest the time and effort in producing a plan that ensures Army is ready and prepared when it needs to be.

David Beaumont is a serving Australian Army officer and the thoughts here are his own. This topic is one of a number being discussed at the 2018 Australian Army Logistics Leaders Seminar in November.