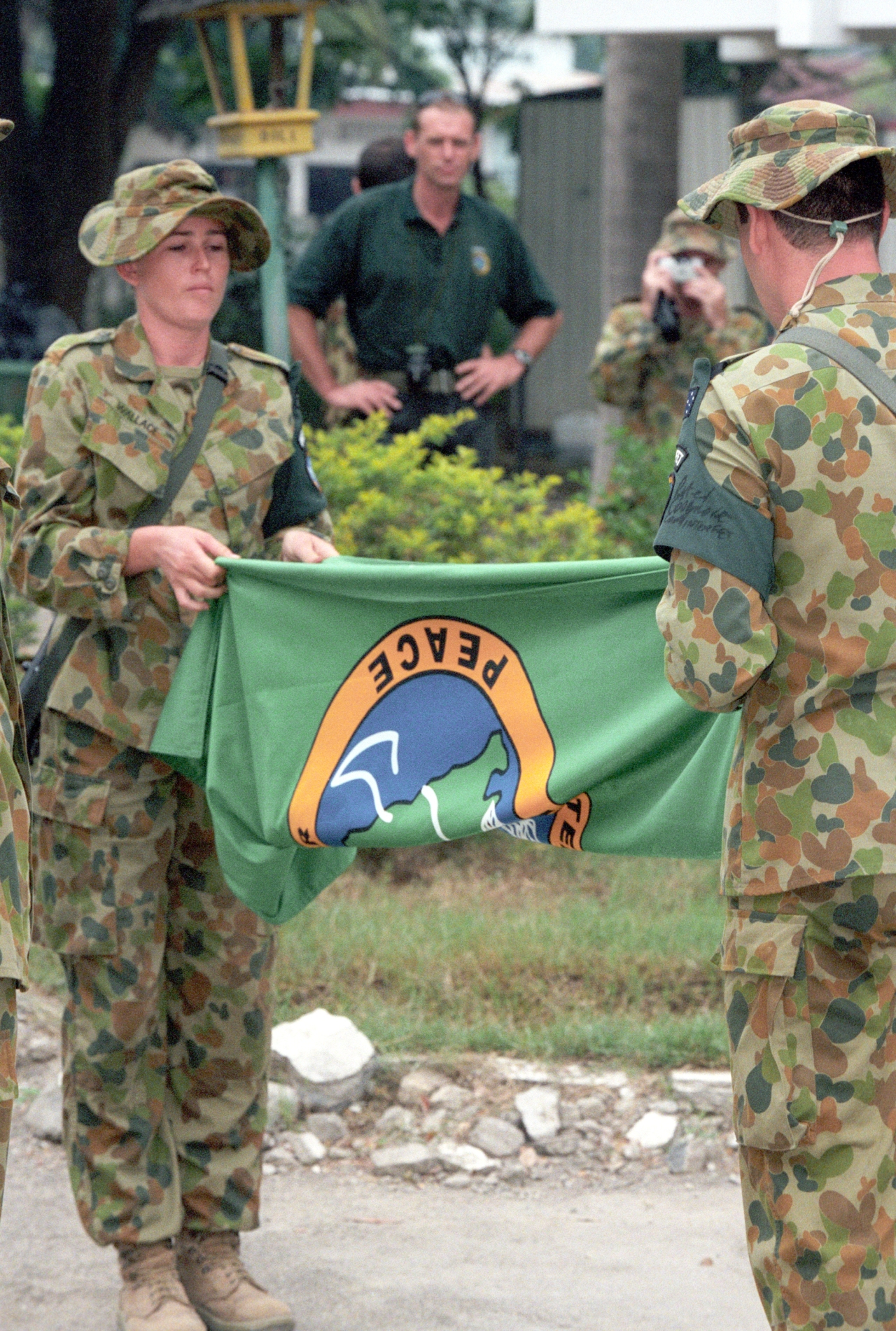 “In the two decades since the Australian deployment to East Timor as part of the International Force East Timor (INTERFET), much has been written about the operation predominantly from the national and military strategic perspectives. This focus is not surprising given Australia’s decision to act decisively in the immediate neighbourhood in a leadership role, and the nature and scale of the intervention, remains unparalleled since Federation.   At the operational and tactical level, East Timor may not be a great case study for combat arms officers however for the logistician, there are lessons to be learned at every level from the Commander Joint Logistics down to the private soldier. As the operation recedes into history, we need to ensure the key lessons identified do not also fade.”

Editor’s note – this article continues with the experiences of the then Commanding Officer, 10th Force Support Battalion (10 FSB), deploying to East Timor (now Timor Leste) as part of the INTERFET operation. Part One can be found here, Two here and Three here.

There is probably no ‘eureka’ moment or significantly controversial recommendation as a consequence of my experiences in East Timor. Rather, I think I can only reinforce the views or intuitive thoughts of the reader. What follows is hopefully a small number of take-aways for future leaders thrown into a military contingency for which they are unprepared for.

You will never be fully prepared; the trick is to be better prepared than the adversary. From a supply chain perspective, the ADF will never be fully prepared to launch into a short-notice, major operation the size of the East Timor deployment. However, that doesn’t mean that leaders at every level should not strive to squeeze every ounce of preparedness out of the organization. Australia will always be in a state of competition with a number of countries; this is the nature of the international system. Competition can quickly morph into conflict or war through miscalculation or malicious intent. If you think this view pessimistic, you are not a student of history. As an ADF, we will go to the next fight with the force we have, not the force we’d like. Despite that, logisticians at every level must never rest in pushing to have the force as fully prepared as possible. This drive must be led, and visibly led, by CJLOG but a key message in that drive is that logistics is a command responsibility, not just a logisticians responsibility.

Don’t be fooled by Readiness Notice. The start of any operation has always been characterized by confusion about the strategic end-state, Clausewitzian friction, excessive secrecy and compartmentalization, stove-pipe planning and an expectation that forces will be moving immediately once a political decision is made. It was the case for LTCOL Lou Brumfield when he deployed the 1 RAR Battalion Group to South Vietnam in 1965 and for LTCOL David Hurley and the 1 RAR Battalion Group deploying to Somalia in the early 1990s. Official and unit histories comment on preparation being hampered by compartmented planning, reduced readiness, and problems with the supply system, both stock availability and responsiveness. It was the same for the Australian forces deploying to East Timor in September 1999, and when you’re ‘first in’ it will always be the case. To mitigate some of the inevitable difficulties, Commanders at every level need to engender a mindset of individual and unit readiness quite separate to official readiness. A useful question for every Troop, Squadron and Battalion Commander to ask his subordinates: ‘Are there any standing impediments that would prevent you going home from work today, picking up your field equipment and echelon bag, and deploying tomorrow?’ A similar question can be applied to organisations. ‘If I was tasked to deploy my (insert organisation) tomorrow, what equipment and non-combat supplies do I lack?’ The Commander must then strive to do something about the issues identified as a result of those questions.

Talking doctrine may seem dull but it’s vital. The Army does not devote sufficient effort and priority to what should be seen as our body of knowledge on how Army intends to operate. Doctrine establishes a common frame of reference including tools (physical and intellectual) that leaders can use to frame and solve problems. We need a balance of principles and tactics, techniques and procedures (TTP’s). Doctrine is not always prescriptive but it is authoritative and a start point in addressing issues, particularly the design of individual and collective training. The principles, anchored in real case studies for context, should foster proactive leadership and initiative. TTPs are essential for logisticians who, due to the reality of peacetime constraints, rarely get to practice the full range of their skills. If we’re not prepared to post the right people to these important doctrine appointments then we need to find another way.

Logistics staff capacity needs to be addressed.   The capacity of the logistic planning staff in the Deployable Joint Force Headquarters and Brigade headquarters needs to be increased. Logistics staff in these headquarters cannot both contribute to operations planning, and simultaneously conduct the breadth of logistic planning required with their current manning levels. I saw smart, professional and hard-working officers simply swamped by the size and tempo of the planning task and lack of capacity in their respective staff areas.

Training.   I am less confident about recommending changes to training given a decade has passed since I transferred from the ARA.   Somehow, we must find a way to educate and train our people in theatre level general support tasks that are rarely practiced in times of peace. The ones that come to mind are:

A combination of simulation and regular exercising of these capabilities is the answer but the key challenge is for commanders to make this a priority. And this is more than the biennial Exercise Talisman Sabre.

Recognition. The honours, awards and commendation system has been reviewed since 1999. However I’m not convinced that some of the constraints around awards in warlike operations have been adequately resolved. It was difficult with the guidance I was operating under in 1999 to adequately recognize the officer or soldier who achieved a satisfactory result, but did so in spite of the circumstances not because of them. I’m referring to inadequately trained people, a lack of appropriate tools and systems, competing priorities and unreasonable time demands. Clausewitz again comes to mind: ‘Just as the simplest and most natural of movements, walking, cannot easily be performed in water, so in war it is difficult for normal efforts to achieve even moderate results.’[1] A number of my subordinate commanders did an outstanding job in achieving what they did but that doesn’t read well in a draft citation. I suspect this will always be a challenge for the future commander. 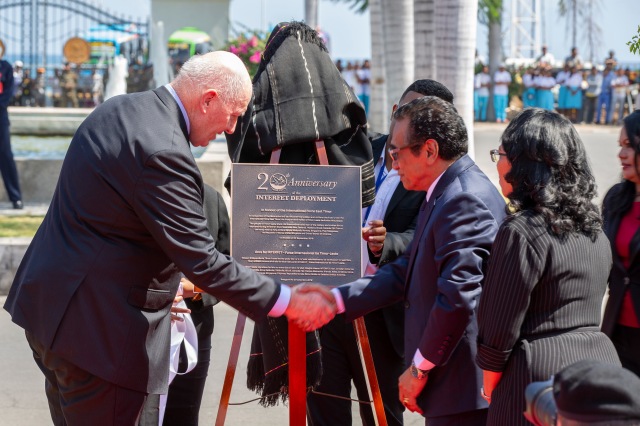 The relevance of these reflections of an operation now two decades ago depends largely on the circumstances of the reader. As a story for a story’s sake it is of no value. However, there is the potential for these words to contribute, in some small way, to contemporary discussion, debate and thinking in the areas of logistics and leadership.

In war, mistakes are normal; errors are usual; information is seldom complete, often inaccurate, and frequently misleading. Success is won, not by personnel and materiel in prime condition, but by the debris of an organization worn by the strain of campaign and shaken by the shock of battle.

The objective is attained, in war, under conditions which often impose extreme disadvantages. It is in the light of these facts that the commander expects to shape his course during the supervision of the planned action.[2]

I can identify with some of this however the ADF could not use the excuse of ‘the strain of campaign and shock of battle’. As the ANAO audit somewhat timidly observed, the structures, systems and processes were not up to it.

Every operation has challenges and I don’t pretend to claim my experience was more difficult than others, but it was my experience. I formed a view, reinforced when I was Commander 17 Brigade, that the initial phase of any operation was the most fraught, and will always be the case. Hopefully, the commanders and staff officers of the future will ensure they are as well prepared as possible for the next contingency and if this paper provides some help in that regard, I will be well satisfied.

Brigadier Michael (Mick) Kehoe served in a wide range of Australian Army and Joint appointments throughout his long and distinguished career. He is currently advising the UAE defence force professional military education program.

Images from Department of Defence.