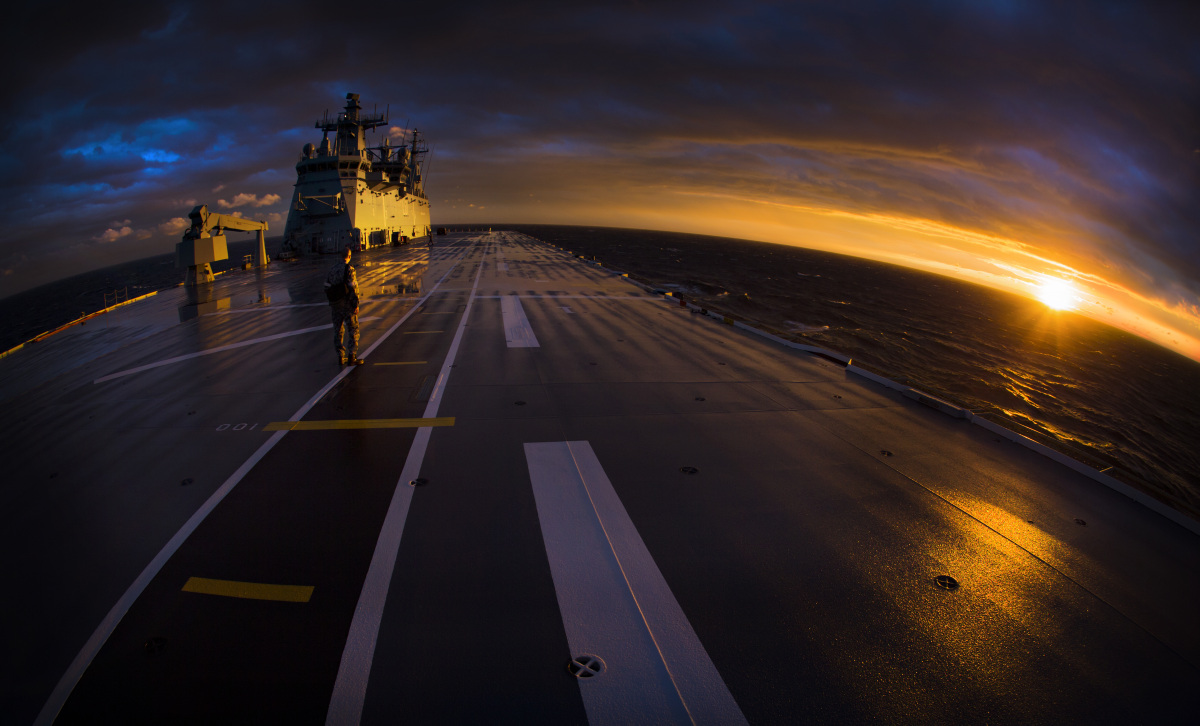 ‘The quartermasters claim on history may, at its root, lie in the effect of logistics on timing …… the longer a nation requires to bring its force to bear, the more time its enemies have to seize whatever objectives they consider desirable.’
– Thomas Kane, Military Logistics and Strategic Performance

In 2017 there was much rhetoric, and undoubtedly planning, for significant military operations in the North Asian region. Such public discussion tends to focus the military mind on modern tactics and technology, and gives cause to exercise new operational concepts. It also compels them to reassess the preparedness of forces. There has been an understandable proliferation of military articles describing the need for forces to be ready, including logistics forces essential for any operational response. The impact of logistics on strategic decision making is much less discussed, as is the way logistics factors ultimately shape the choice of forces and strategy for a possible conflict.

When militaries are surprised, or a contingency operation is required, logistics capability and capacity is one of the most significant influences on the nature of the response. I will go so far, as I have done so before at Logistics in War, to argue logistics leads strategy in these instances. It shapes decisions and command direction, determining what is practical and most certainly what is possible. As Kane’s comments above identify, logistics reveals itself in timing and the ‘overcoming’ of geography, in preparedness, mobility and other areas. Moreover, logistics factors – enabling and constraining – determine the nature of the military commitment itself. For all the investment we, as military professionals, might make into understanding the art and science of tactics and strategy, it means very little when plans unravel as the cold truth of logistics factors which inform the way in which forces are actually employed.

The reality is that the impact of logistics on strategy and preparedness is easily found. That is, if you choose to look for it. In a contingency response by a military it is abundantly clear. This is because logistics features in many of the activities that establish the preparedness of forces, or when the established preparedness methods fail to match the operational requirement, logistics limitations and constraints begin to influence and decisions that strategic leaders might make. One of the most important issues for strategic leaders is the identification of forces required as a response to a contingency plan or unforeseen circumstance, as this in itself influences the strategy in which will be used. This article will briefly touch on three of the most relevant aspects which might influence the nature of any commitment.

Firstly, we see the impact of logistics in the preparedness methods undertaken during peace. Most Western militaries have applied a ‘force-generation’ model that has suited two decades of continuous military operations. Simply put, this approach identifies relevant capabilities to be ready for a specific period of time, resources and sustains them accordingly, before transitioning this level of preparedness to another element at a later time. I hope to discuss an often seen alternative, a ‘force-expansion’ model, at a later time. Although the model usually includes a ‘certification’ process to validate that the force is ready, at its core the preparedness model is concerned with the apportionment of resources to where it is needed to ensure that a force is ready to deploy. When a force-generation model is ‘broken’ to suit a contingency, significant logistics risks are incurred as a forces race to improve materiel standards, personnel requirements, indent for stores and equipment and so forth. These logistics risks are always factors in the decision making of leaders, the strategy chosen and the forces employed to successfully implement it.

Secondly, we see the impact of logistics in the decision making concerned with the choices of forces. In the case of contingencies, especially at times where the determination of a level of commitment is a freedom of action, logistics problems in areas such as materiel readiness can be avoided by an appropriate choice of forces. This is a feature of contributions made by smaller militaries to coalitions. Often specific capabilities that can be sustained by a coalition supply-chain or a national effort are chosen for the commitment. As an example, the ADF has historically contributed Special Forces, specific air force capabilities, naval shipping and other valuable but niche capabilities at the outset of conflicts given the relative ease by which they can be deployed or sustained once in the field. It is also why we tend to see less land combat forces deploy earlier, as they often prove more difficult to bring to a heightened state of preparedness and sustainable combat capability. This factor was a major consideration as to when the Australian Army deployed its Light Armoured Vehicles to Iraq, and conventional forces into Afghanistan.

Thirdly, there are a range logistics problems and issues that weigh on the minds of senior leaders as they decide upon operational options. These concerns reflect the accepted doctrinal view that strategic activity is predominantly concerned with logistics and intelligence. In most cases, they are consistent across many operations as seen in the decision making about Australian commitments to East Timor in 1999, Iraq operations in 2003 and to a variety of humanitarian assistance operations over the last decade:

– What are the arrangements to evacuate nationals, and how does this impact deployment of forces?
– What are the financial costs to increasing preparedness?
– How much time is required to increase the preparedness level as it applies to stockholdings of repair parts and consumables?
– What are the consequences of increasing preparedness to the existing force generation process?
– What is the availability of strategic (war) commodities such as fuel and natures of ammunition, and what constraints exist in terms of access to global supply?
– How fast can forces deploy with available transportation capabilities, or those obtained through industry or from coalition partners?
– What are the constraints on mobilising specific components of the Reserve capability (such as medical specialists)?
– What is the national support capacity and capability to support military operations?
– What logistics activities can we perform ourselves, or what do we need to ask for?

These questions by no means represent an exhaustive list. Moreover, they were considerations for commitments other than a major conflict scenario. When such a major war is initiated logistics additionally shapes discussions and choices about force expansion and mobilisation, the exposure of supply to interdiction by the adversary, the defining of an operational area, and mobilising national industrial capacity. Having the right strategic and logistics command architecture to enable sensible decisions to be made is an essential criteria for success in the subsequent war. Strategic leadership will be nearly completely focussed on identifying, appropriating and ultimately employing resources to ensure that any strategy will be successful.

An understanding of logistics has always been an essential component of effective ‘generalship’ and staff planning at the strategic level. Decisions on strategy and force commitment depend upon it. This is not an excuse for logisticians to be lazy, as their actions in contributing to preparedness give strategic decision makers a freedom of choice given the availability of resources. Colin Gray, a modern-day doyen of strategy who most readers will be familiar with, closes his introduction to Kane’s book with the ‘the key to offensive success is not the mindless maximisation of supply, but rather the timely reliability of sufficient supply, yielding the opportunity for the art of strategy to show its true magic’. This reminds us of the obligations of both strategist and logistician to understand each other’s work, and the role each plays in establishing the strategic options from which leaders can choose.