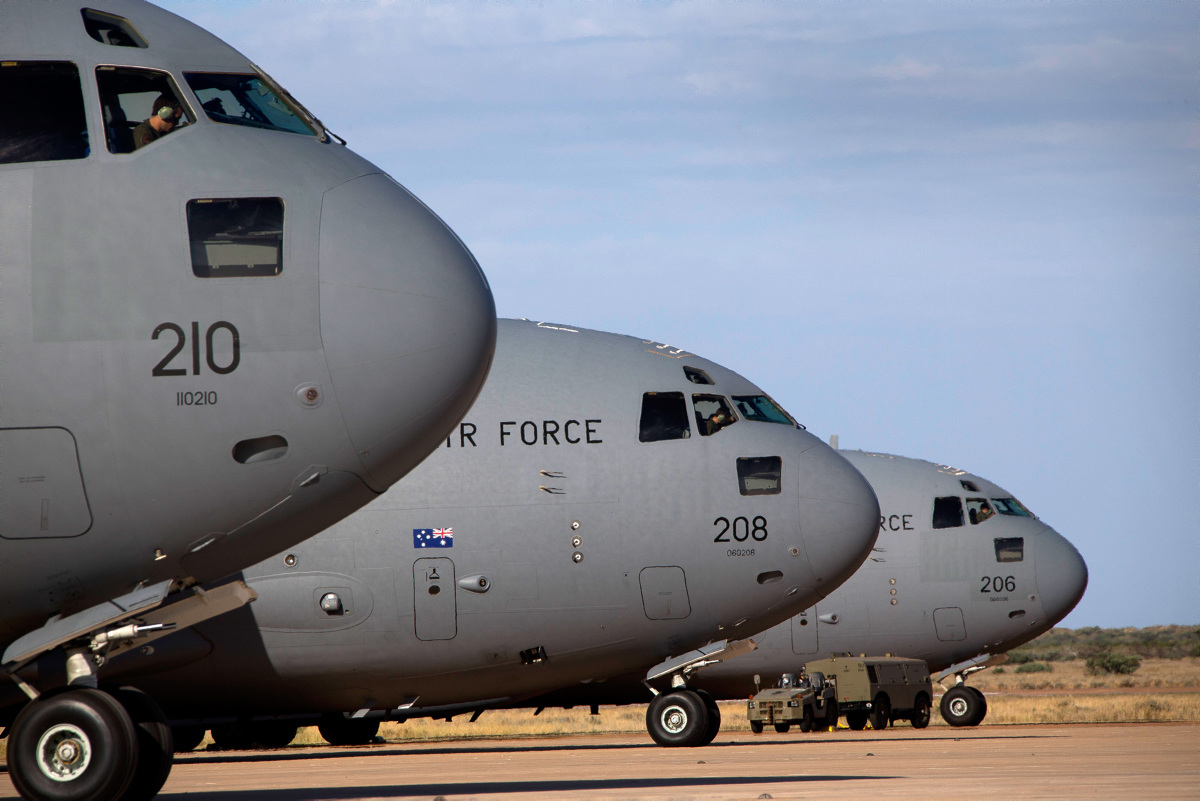 This article is part two of a series of posts examining logistics and strategic competition.

The nature and characteristics of strategic competition has been given new life in recent months. Theorists, writers, military professionals and many others are looking for indicators of strategic activity, some obvious and some not so conspicuous. One of the more abstract ideas prevalent in this discussion is the concept of national power. The Lowy Institute recently described ‘power is a relational quantity’.[1] It gives a point of reference between two or more nations in their capacity to exert influence upon one another. It is unsurprising to see that military capability forms one of eight measures of power used in an outstanding statistical reference produced recently by the Lowy Institute – the Asia Power Index. The ability to apply military power to influence strategic decision making, if not through direct and forceful coercion, is an ultimate expression of national strength. In a time of persistent conflict and heightened competition between States, military power is becoming increasingly important – so much so that the US Joint Chiefs of Staff have developed a new concept defining its use in the competitive environment outside of armed conflict.

The importance of logistics, an internal military activity which raises and sustains forces operationally, to military power is self-evident. Its influence, however, is also highly understated. At the risk of sounding overly critical of Lowy’s impressive resource, the ability of an ‘armed force to deploy rapidly and for a sustained period’ probably deserves a greater weighting than 10% of total military capability. John Louth once wrote of a widespread tendency to misread the significance of lift and sustainment to operational scenarios.[2] In part one of a series of posts – Defining strategic competition – when logistics becomes a strategic weapon – I outlined logistics factors are at the heart of military capability and power, if not military credibility. What use are sophisticated combat platforms when they cannot be sustained, replaced or repaired, deployed in an acceptable timeframe or readied for war? The threat of use of these capabilities as a means of coercion, or their actual use operationally, is compromised when logistics matters fall by the wayside. Approaching military capability and power from the basis of an understanding of likely sustained effectiveness rather than the potential of a platform is therefore the acme of military preparedness.

The Lowy Institute is certainly not alone in analysing the nature of military power. This article examines military power from the position of a theorist who saw geography and logistics as central to his vision of national power. Kenneth Boulding, in Conflict and defense, saw power ultimately defined by how it can be practically used; military power (or strength in Boulding’s own terms), in this case, is a function of the cost of transporting it to and from the conflict space or operational area.[3] Geography, naturally, plays a leading role in determining exactly how much of a nation’s military power can be brought to bear upon an adversary. The further one nation has to operate from its bases, the longer and more complex are its lines of communication, and the less strength it can put into the field.[4] In mapping the proximity and power relationship as the loss of strength gradient, Boulding also showed the dilemma that ‘expeditionary’ militaries face when they consider the relationship between force structure and posture. Either you forward position your troops to make the task of sustaining them easier, or you maintain a capable, logistically sustainable, expeditionary force. One of the most important strategic policy decisions for any military, therefore, is to rationalise (perhaps even cost) the trade-off between force posture and the development of rapidly deployable capabilities.

Boulding’s theory primarily looked at the relationship from the perspective of transportation capability counterbalanced against the capacity to deliver firepower from afar. He would later argue that the importance of forward basing was diminishing because the ‘cost’ of transportation, measured in speed and danger to deploying forces, was reducing and there had been ‘an enormous increase in the range of the deadly projectile’ through airpower and rocketry.[5] The closure of American and partner overseas military bases in the wake of the Cold War, the subsequent expansion of expeditionary forces in many militaries, and striking expeditionary successes by these forces since the 1991 Gulf War could be seen as part of this trend. That is, until the dramatic reversal of strategic fortune as the ‘cost’ of transportation increased with ‘anti-access, area-denial’ threats, and a competitive force posture approach of rising (or ‘re-rising’) military powers. Distance, once again, became important to the military mind. Western militaries now face a considerable reduction in their freedom for strategic manoeuvre, and the inevitable rebalancing between force posture and developing expeditionary capability accordingly. It is unsurprising that a recent USPACOM exercise highlights the vital importance of strategic and operational lift in this environment.

Strategists and logisticians alike need to be innovative at this time. Not only must they plan for the significant challenge of projecting force into a threat zone against a potentially highly-capable adversary, but they must do so at a time where heavier forces with greater sustainment burdens are make transportation more difficult. While reflecting on abstract measures of power, whether it be the Lowy Institute’s Index or Boulding’s theoretical model, we can’t forget that what really matters is not the size of a distant force, but the relative military power that can be generated against an adversary in a given period. Strategic mobility is therefore a major factor, but the ability to generate military strength in any location also depends on many other logistics inputs.

Transportation capacity, the ability to efficiently deliver materiel, the capacity to minimise sustainment requirements, the physical characteristics of equipment, and the ability to procure support locally ….. all are equally relevant to generating military power at a time and place of one’s choosing. One need only refer to Kenneth Privratsky’s Logistics in the Falklands War: A case study in expeditionary warfare to get a sense of the logistics factors at play. Logistics austerity is now an operational necessity, and the luxuries military forces are used to in many circumstances will simply compromise military strength operationally. Similarly, it is imperative that Western militaries seriously work at reducing their logistics bill or making strategic mobility a higher priority in capability decisions.

The mobilisation of logistics resources and the ability to sustain forces in a distant area is thus important to any conception of national military power. It is important that these concerns are not understated. When considering how wars might unfold, or how military forces might be used to coerce outside of armed conflict, perhaps it is best to start with a thorough logistics analysis of how such forces are to be sustained. Strategic concepts and policies that rely upon assessments of relative strengths between one’s own nation and a potential adversary would greatly benefit from the results. As will the generation of military capabilities that will be expected to provide the means of national military power; capabilities that will be expected to traverse the divide and go to war.

David Beaumont is a serving Australian Army officer. The thoughts here are his own. The title is construed from Boulding’s book, Conflict and Defense, p 231.

[5] Cited in Webb, K., ‘The continued importance of geographic distance and Boulding’s loss of strength gradient’ from Comparative Strategy, University of Reading, UK, 2007, p 295. Strategic weapons such as those defined by the Lowy Institute as ‘signature weapons’ are a notable exclusion here – these include such things as nuclear weapons and the strategic use of cyber capability.