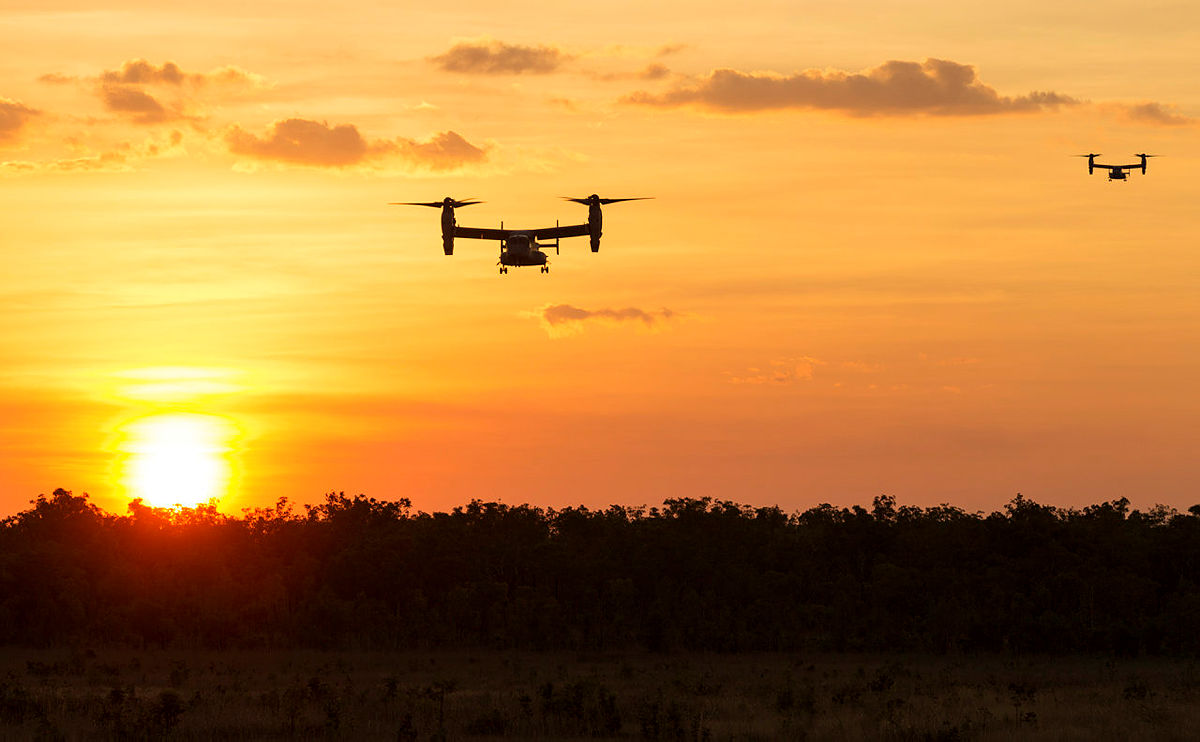 When we think of readiness, we tend to confuse it with preparedness terms such as a ‘notice to move’. However, it is common to find that despite a unit being well within its designated ‘notice’ when time comes for action, the unit is constrained because of the availability of kit, a lack of enabling elements available in supporting formations, the slow activation of national commercial resources by strategic organisations as well as a variety of other logistics factors. In some cases, strategic-level decisions result simply because available capabilities cannot be appropriately sustained and, accordingly, are unable to be deployed. Sometimes conscious decisions result in considerable advance moves based on combat forces being available, only to find these forces combat ineffective until the logistics ‘tail’ catches up. Operational experiences from Operations Desert Shield and Storm exemplify this problem; although there was reason to have coalition forces available soon after the Iraqi invasion of Kuwait in 1990 as a disincentive to further aggression, it took six months before the coalition force was logistically ready for a major combat operation.

In other situations, we can see a litany of logistics readiness issues transpire directly onto operational outcomes. This is especially the case for expeditionary operations and campaigns that require the deploying force to conduct operations virtually instantaneously. During Operation Iraqi Freedom in 2003 the US Government Accountability Office saw massive discrepancies in stocks due to visibility issues, equipment was being cannibalised because materiel readiness was at a poor level, and the supply chain was in discord. Similar concerns, albeit on a smaller scale, had been identified by Australian Government auditors with reference to deployments to East Timor at the turn of the century. No operation is free of friction caused by logistics, but in each of these examples the readiness of respective logistics systems was inadequate, under-resourced and inefficient.

Results in logistics are a consequence of a process; a process involving numerous capabilities, agencies and organisations and takes resources made available to the military at the strategic level of war and converts them to combat power at the tactical. Or, to paraphrase Rear Admiral Henry Eccles, logistics is the ‘bridge’ which takes national resources and applies them on the battlefield.[1] In times of peace all activities which occur within this ‘bridge’, properly controlled and coordinated, ultimately contribute to the overall ‘readiness’ of the logistics system to act when it is required. Many of the operational issues alluded to above directly resulted from how the logistics process was ill-suited to the demands of the operation which eventuated. Some of the logistics deficiencies identified might have been directly addressed through improvements in resourcing.  However, there are other equally influential factors that are essential for logistics readiness, and the early performance of the logistics process at during an operation.

Fundamentally, logistics readiness refers to the ability to undertake, to build up and thereafter to sustain, combat operations at the full combat potential of forces.[2]  It comprises actions undertaken during operations, but is predominantly a consequence of routines and practices set in organisation behaviour long before deployment. It is not a simple matter of issuing logistics units their own ‘notice to move’ or applying some other metric that will inevitably be ‘crashed’ through in a time of crisis; rather logistics readiness is a function of total organisational performance and efficiency. This standard of performance is achieved by addressing six key factors that are applicable at all levels – from the strategic to the tactical. These factors are as follows:

Mutual Understanding: There must be a mutual understanding between commanders and the logistics units, agencies and organisations that support them. This is founded on a clear enunciation of commander’s intent, but also the culture of cooperation set within the military or formation. It also recognises that there must be timely exchanges of information; one of perennial challenges in supporting operations is knowing how far to compartment operational information, especially with commercial partners.

Balance between logistics and combat resources and elements. There must be an appropriate balance of logistics resources to the combat elements. This is captured in the idea of the ‘tooth-to-tail’ ratio, and will be discussed later. However, logistics resources can be appropriated by a variety of means and may include public service or commercial operations as well as those in uniforms. Furthermore, we should not forget Dr James Huston’s (Sinews of War) view, ‘the important factor is the total amount of firepower which can brought to bear …. If the greatest total of effective power can be delivered with on combat man for each service man, then this is the desirable ratio; but if 1000 service troops for one combat man are needed to achieve that maximum, then that is the desirable ratio.’[3]

Testing the logistics organisation. The logistics process, capabilities and organisations must be systematically assessed for its readiness. Every military activity or exercise is an opportunity for assessing logistics performance, but it is rare that military exercises comprehensively test and assess operational sustainability and logistics readiness with rigour. Fewer still are those exercises that test logistics readiness through a major deployment performed at short-notice; a phase of an operation that demands all supporting agencies are ready. 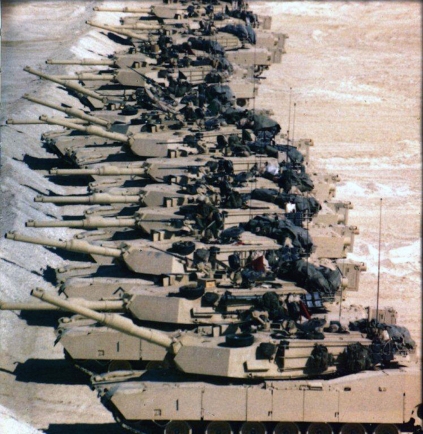 Of course, it is hard to remove any discussion on logistics readiness without referring to the capacity of the logistics ‘tail’. It may seem that it is easier to build up logistics forces, and support organisations, than it is to have combat forces at national disposal.  This is because it is generally easier to procure equipment for logistics purposes than it is for combat forces, there is assumed familiarity between logistics operations and industrial activities which suggests that any conversion between the two is relatively simple, and there is always the possibility that the commercial sector can be turned to overcome any deficiencies there may be in organic logistics capabilities. Programs such as the US Army’s Logistics Civil Augmentation Program (LOGCAP), employed extensively in operations in the Middle-east since 2002, are a manifestation of these perceptions. But they are also perceptions which tend to ignore the importance of logistics readiness to the overall employability of the force. Even if the ease of raising these logistic capabilities were a simple task, to take it for granted that operational deficiencies can be overcome at short notice is folly. If military forces are to be responsive, fully trained and equipped logistics forces must be available; processes ranging from strategic activity to tactical action must be coherent and well-practiced. A combat force without efficient and effective logistic support is ineffectual and, in the end, a waste of organisational effort.

At the root of logistics readiness is the marriage between acquiring and maintaining military capability to have it available, and the establishment of a logistics process which enables or constrains its use operationally. National economic capabilities, acquisition process, and military capability management typically executed by Service headquarters, limit the combat forces that can be created and made available. However, it is logistics capabilities and practices that limit the forces that may be actually employed on military operations. The combat unit that is formed and given the latest technology, best armour and capable of overmatch against any possible adversary will be ineffective – undeployable in practice – without a logistics system capable of sustaining it.  Logistics readiness is particularly vital for those militaries that consider themselves as expeditionary in nature, as most Western militaries like to do. Not only do robust logistics capabilities define the capacity of a military to project force, these same capabilities underwrite the ability of a military to respond quickly, affording them time to overcome the distance there may be to the operational area.

Militaries rarely assign logistics readiness issues as their highest priority to resolve. Instead they are typically consumed with ensuring that the elements at the forward edge of the operational area are as ready as practicable. Yet if compromises are made with regards to the preparedness of the logistics ‘system’ as a whole, or the logistics process is inefficient or ineffective due to poor practices and inadequate logistic discipline across the military, the readiness and preparedness of any unit destined for operations will itself be compromised. Operational reporting consistently identifies forces as having culminated as a consequence of system-wide logistics failures that may have been otherwise prevented. Less well known are the times in which senior commanders have had to make choices on which forces they chose not to deploy based on the readiness of the logistics forces and the logistics process more generally. In this regard, we start to venture into the realm of strategic decision making, where logistics truly becomes the ‘arbiter of opportunity’, if not the arbiter of choice, and the true measure of whether a military is ready for combat.[4]

David Beaumont is a serving Australian Army officer, and the thoughts here are his own. He can be followed on Twitter @davidblogistics. Image by the Australian Department of Defence.